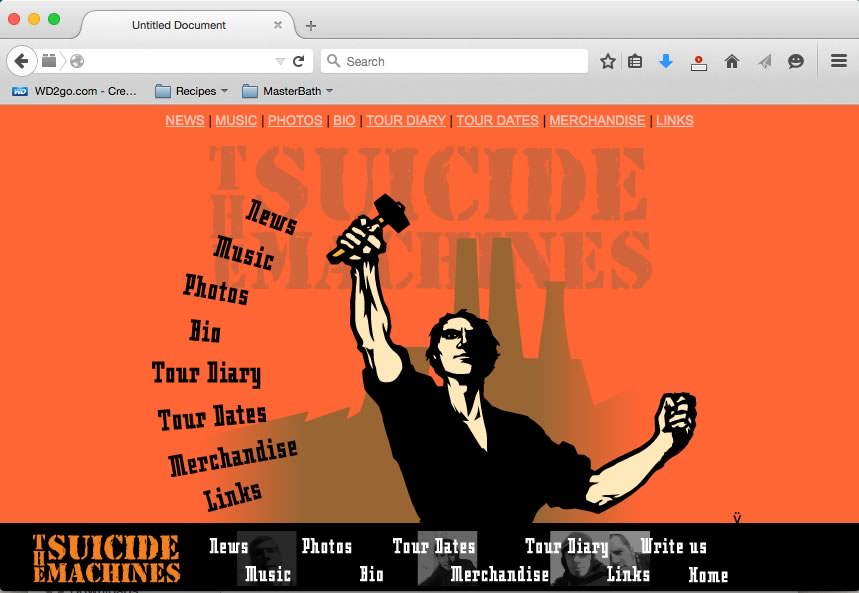 The Suicide Machines, an American punk rock band, was formed in 1991 and disbanded in May 2006. We designed their site for their second album Battle Hymns released in 1998. The site was commissioned by Hollywood Records a subsidiary of Disney. The site used graphics from the album and included information regarding the band, the tour, photos, and fan information. 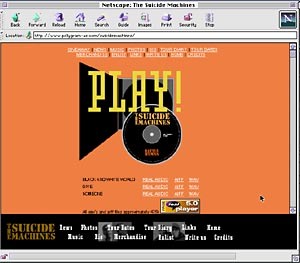